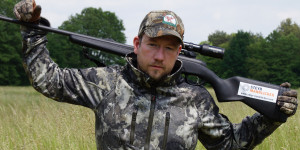 Born in 1971 in Münster/Germany Magnus found his first outdoor passion very early: birds! Watching them in his parents garden which bordered the fields of the flat landscape of Westphalia was his biggest hobby. When he got his first book about birds of prey at the age of 12 a new interest was born: falconry! At the age of 14 he became a member of the Germany Falconry Club (DFO). Even though the passion for the outdoors, wildlife and hunting was always alive throughout the years and especially bird watching was an essential part of his travelling, it took a while before he finally entered a course to earn his hunting license. Living in Innsbruck/Austria at that time he optained the Tyrolian hunting license in 2006 to find, when moving back to Germany one year later, that it’s not accepted there. He got the german hunting license after a 9 months course early 2008 and since then he is travelling the world for hunting adventures. Having lived in Namibia for several months, the idea of writing about his hunts was born. His first article about hunting mountain zebra in Namibia was published in February 2012. Since then Magnus has been hunting in many countries in Europe, Africa and America  and has been published in over 8 different hunting magazines in Australia, Austria,Germany and the US. 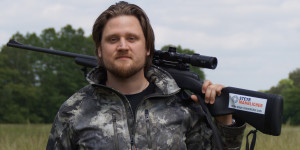 As a young teenager in the early 1990’s, Boris had the opportunity to take part in an exciting and successful hunt in the beautiful woods near Frankfurt, Germany. This profound experience fostered in him the desire that the hunt should become part of his life and indeed, it has followed him through the years. The essence of being a hunter is to understand the correlation of nature and life, to respect the course of nature and feel at one with it. The hunt is passed down through culture and tradition, a reliable and essential form of putting high quality food on the table. Beyond that, it has become a life style, which may be described as a personal relationship to nature. There is nothing in the history of mankind that is more deeply rooted than the hunt, so it is with him. What an astounding awareness as a teenager, which remains in his mind as an archaic force, like breathing, every day.

“A fascinating mystery of nature is manifested in the universal fact of hunting: the inexorable hierarchy among living beings. Every animal is in a relationship of superiority or inferiority with regard to every other. Strict equality is exceedingly improbable and anomalous.  Life is a terrible conflict, a grandiose and atrocious confluence. Hunting submerges man deliberately in that formidable mystery and therefore contains something of religious rite and emotion in which homage is paid to what is divine, transcendent, in the laws of nature.”  Ortega y Gasset